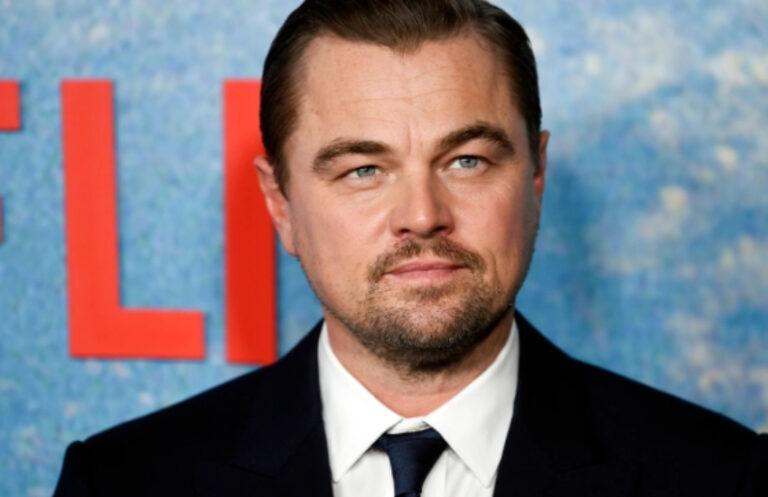 Being an Actors is a tough job because sometimes they have to die according to the script of movies. It would be hard to see our favorite character dying on screen. The actors who have died in the most number of films and tv shows have been revealed in a new study.

Here is the list of the top 10 actors who always die on screen:

Leonardo DiCaprio is one of the famous Actors who have died in numerous movies. Since 1991, he has been able to make good fame and a name in the industry by playing tragic characters. Most of his roles in several crime and thriller movies end with his character’s death.

Some of the top movies where his character has died are The Quick and the Dead, Total Eclipse, Romeo + Juliet, Titanic, The Departed, Blood Diamond, Django Unchained, The Great Gatsby, Don’t Look Up, and so on.

Another popular Actors, Samuel L. Jackson has given hundreds of good movies to the Hollywood industry. The great thing about Samuel is that he can portray any character well. Not only that but he has also played several characters where he had to lose their life.

According to some sources, it is found out that Samuel has died in more than 30 movies to date. His major hit where he has on-screen death is Goodfellas, Jurassic Park, Deep Blue Sea, The Other Guys, and many more.

Golden Globe Award winner, Johnny Depp has died in around 16 movies. His first movie death was in A Nightmare on Elm Street where he was sucked into a bed. Another movie where he died was in the movie, The Astronaut’s Wife.

With 16 on-screen death, there’s essentially a 9% chance Johnny will die by the end of any movie he shows up in.

Robert De Niro is an actor who is two Academy Award winner. He has appeared in numerous crime films throughout the years and has died in more than a few of them. Overall, Robert has died in over 20 movies throughout his career.

Robert was shot in the movie, Heat while some of his other deaths in movies were brutal. In the movie, 1900, he committed suicide by train. He died by burning and hanging in Mary Shelley’s Frankenstein. Other movies include Mean Streets, Brazil, and many more.

Charlize Theron is also one of those artists who has died in more than 40 movies. In the movie, The Devil’s Advocate, Charlize acted as Mary Ann Lomax who commits suicide by slitting her own throat with a piece of broken glass in a hospital room.

She was mauled to death by a lion in the movie, The Grand Tour: Operation Dessert Stumble. Some of them are The Wild And The Willing, Gideon’s Way, Sinful Davey, 10 Rillington Place, The Ghoul, East Of Elephant Rock, Spectre, Watership Down, and so on.

Bruce Willis is a well-known actor in the Hollywood industry. Though he is literally a die-hard, his characters die all the time. He has been shot several times in movies. Some of his death in movies are shocking, tear-jerkers, black-and-white, and patriotic.

Michelle Rodriguez a.k.a Mayte Michelle Rodriguez is another actress who is famous for her appearance in the movie, The Fast and the Furious. She dies and comes back twice in her filmography. To date, Michelle has died in six movies and one tv show. That one tv show is Lost where she appeared as Ana Lucia and got shot by Michael in the Swan station.

Steve Buscemi has died in thirteen movies and eight TV projects throughout his entertainment industry. His major known death is in Desperado and in 2019’s The Dead Don’t Die where a zombified Buscemi is shot by none other than Bill Murray.

Some of the TV series he has died in are Miami Vice, The Sopranos, Boardwalk Empire, and Lonesome Dove while the movies he has died in our Final Fantasy: The Spirits Within, The Grey Zone, Billy Bathgate, No Picnic, Domestic Disturbance, Twenty Bucks, Fargo, and so on.

Everyone may not know it but Gary Oldman has died in a lot of movies. Overall, he has died in more than 30 movies. Some movies are quite popular ones while some of them are not that famous. Also, his death varies from medieval deaths to future deaths to magic deaths.

Gary has died in movies like The Firm, The Book of Eli, State of Grace, Bram Stoker’s Dracula, The Fifth Element, Leon, Air Force One, True Romance, Lost in Space, JFK, Sid, and Nancy, Prick Up Your Ears, Immortal Beloved, Hannibal, and so on. Keep doing what you do best Gary!

Sean Bean is probably the most dying actors in the Hollywood industry. Also, he is famous as the king of death when it comes to an acting career He has become a part of many memes due to a large number of deaths in movies and TV shows. His most known death is in Golden Eye to Game of Thrones and Lord of the Rings.

To date, he has died in more than 25 films/shows. Movies, where he has died, are 007 Goldeneye, The Hitcher, Patriot Games, Cash, The Island, Death Race 2, Outlaw, Don’t Say a Word, Airborne, Caravaggio, Clarissa, Essex Boys, The Elder Scrolls: Oblivion, and so on.

For more intersting Blogs , Articles and many more Visit Our Website : CELEBBERRY.COM