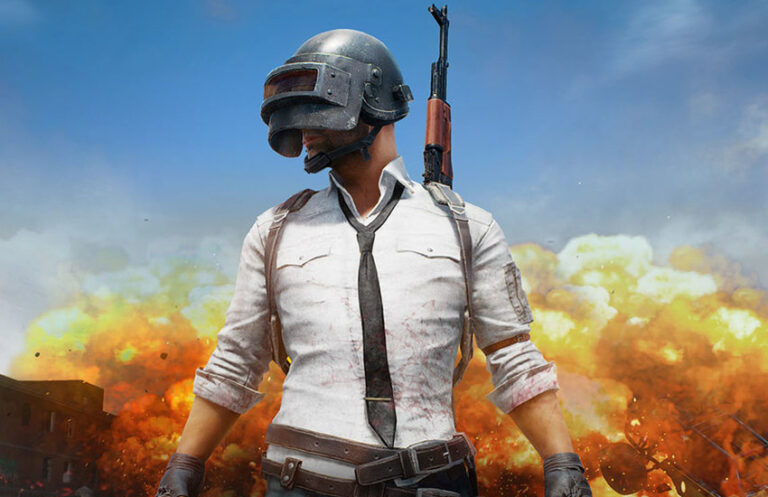 It has even become easy to earn money from it by streaming live on different social media platforms. Following is the list of the top 10 most played games all around the world:

Player’s Unknown Battle Ground a.k.a PUBG is one of the most realistic online games in the whole world. It was launched in 2018 and since then, it has taken the internet by the fire with day passing. This game is usually based on armor and H1Z1 and 100 players can play in a single game.

Players can play as a solo, duo, or with 4 team members. If you win the game, then you will get Winner, Winner Chicken Dinner at the end. Due to the graphics and real situation, it is popular all over the world.

Another famous online game, Fortnite Battle Royale has been on the player’s list since 2017. It is developed by Epic Games. It is said that this game has about 5 million simultaneous players. In this game, 100 people come together to compete against each other to get the first position.

The main objective of this game is to build some kind of walls and collect some obstacles. This game has more features, equipment, and game stages with a much greater no of players so players prefer to play more than PUBG or other games.

Apex Legends is a multiplayer mode game which is developed by Respawn Entertainment. Players can enjoy playing this game on Microsoft Windows, PlayStation 4, and XBOX. It is a perfect game for those who do not play PUBG or Fornite but like the battlefield games.

The game lets up to 23 squads be on the island and look for weapons and other supplies for a player fighting against other squads at the time. If players move outside the play area then they need to be careful and play safe. If their team stays alive at the end then they will win the game.

League of Legends is one the oldest and most played games in the world. Riot Games developed this game and it is played by more than 27 million online players all around the world. Since its release in 2009, it has been every player’s favorite due to its stunning mode, animation, and awesome graphics.

This game is played on a team in order to destroy some core building that is protected by their enemy’s team structures. Every level is unique and interesting. The match usually lasts for around 20 to 50 min average.

Counter-Strike: Global Offensive is all about terrorists and counter-terrorist attacks. Valve Corporation designed this game as a multiplayer first-person shooter video game. More than 35 million online players play this game. In this game, there are two teams playing against each other.

Both of them have different missions and whoever completes it first, wins the game. The terrorist teams need to secure a location and plant a bomb and held some hostages while the other team has to either save the hostage or need to stop planting bombs.

Hearthstone is a digital card game between two players which is played by 30 million online players all over the world. It was launched in 2012 while it was developed by Blizzard Entertainment. Players play this game on XBOX, iOS, PC, and Android.

The main objective of this game is to collect card decks from different houses and different powers. Players can also use some unique power and choose a hero character.

Minecraft is also one of the best games on the internet and is popular all around the world. It is a 3D game developed by Mojang Studios. 95 million online players play this game worldwide. This game has no specific goals, they just have to survive and build their campus.

It has several modes like Survival mode, adventure mode, creative mode, and spectator mode. In every mode, players can do whatever they like. It is basically based on creatures, humans building, and eating.

Dota 2 is an internet-based multiplayer game that is played worldwide. This game has an esports scene where players around the world love to play in various tournaments and leagues. Valve Corporation developed this game.

This game is played against two teams who would occupy or defend their own separate base on the map. Each team consists of five players. Players have to cooperate with each other to complete objectives, whoever finishes their task first wins the game.

Division 2 is a multiplayer online action role-playing video game. More than 5 million active players play this fame all around the world. This game is developed by massive entertainment. Players can enjoy the game on Microsoft Windows, PlayStation 4, and Xbox One.

The game is all about a civil war between survivors and villainous bands of marauders breaking out. The maximum requirement of this game is eight players. In this game, players have to cooperate with each other to complete objectives.

Splatoon 2 is a colorful game that is famous all around the world. It is one of the famous third-person shooter games. Players can play solo or in a team of 4 vs 4. Nintendo designed this game while 5 million players online play it worldwide.

This game has its own particular style named Turf War. The main goal of this game is to use colored ink to attack opponents and clear goals. Recently, Splatoon 3 has released on September 9, 2022.