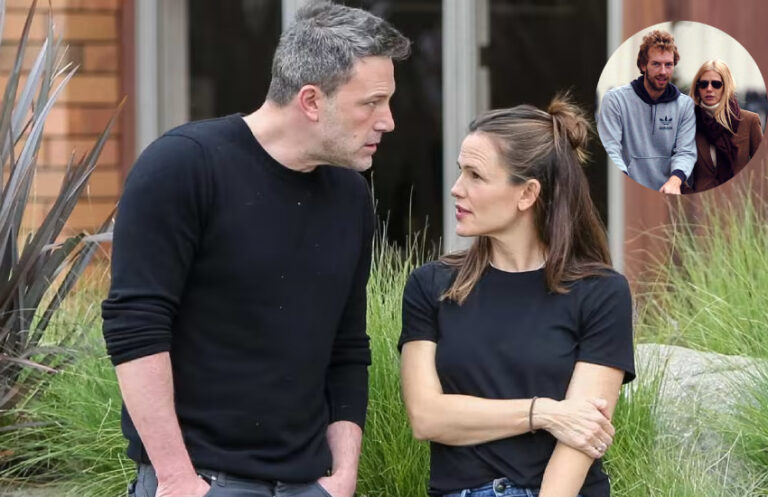 Not every love story will end happily. There will obviously be several ups and downs in every relationship and marriage which led to divorces and breakups. As celebrities are public figures, it might get even harder for them than other normal people. Following is the list of 10 Hollywood divorces that might make everyone stop believing in love:

Hollywood Divorces : Gwyneth Paltrow and Chris Martin tied the wedding knot in the year 2003. They were living a happily married life for eleven years before filing for divorce in 2014. It has been more than 8 years since their divorce.

According to Gwyneth, she and Martin did not quite fit as a couple. As of now, Gwyneth is happily married to Brad Falchuk while Chris has also moved on with his partner, Dakota Johnson.

Ben Affleck and Jennifer Garner were also one-time married couples. They met for the first time in 2000 on the set of the movie Pearl Harbor. In 2004, the couple started to date. After a year, they shared the wedding vows in 2005.

However, their marriage did not last long as they divorced in 2015. During their separation, they released a statement saying:

“After much thought and careful consideration, we have made the difficult decision to divorce. We go forward with love and friendship for one another and a commitment to co-parenting our children whose privacy we ask to be respected during this difficult time. This will be our only comment on this private, family matter. Thank you for understanding,”

Jennifer Lopez and Marc Anthony’s marriage also ended through a divorce. This couple met on the Broadway show in 1998. They briefly dated before secretly marrying in June 2004. They even shared a twin baby and again shared the wedding vows in October 2006.

In July 2011, they released a statement saying that they would be ending their marriage. Unfortunately, they finalized their divorce in 2014. Even after their breakup, they are in good touch as good friends.

Hollywood actors, Brad Pitt and Jennifer Aniston were married for five years. They shared the wedding knot in January 2005 at a private wedding ceremony. They met for the first time in the year 1998 in Malibu. In 2004, there were rumors about Brad and Angelina Jolie’s affair.

Hollywood Divorce : The affair even came as a truth to the media when Angelina announced her pregnancy with Brad in 2006. Due to this, their marital came to an end. Brad and Jennifer filed for divorce in 2016 which was finalized in 2019.

Since their divorce, Tony has moved on to his current wife Axelle Francine who is a journalist. On the other hand, Eva married her businessman soulmate José Bastón in May 2016.

Tisha Campbell and Duane Martin were married for almost two decades. They shared the wedding vows in the year 1996. Tisha accused Duane of physical and emotional abuse. Tisha filed for divorce in 2018 and their divorce was finalized.

As the couple shares two sons together, they share joint share custody of their younger child. Since their divorce, both of them are living a single life separately.

La La Anthony and Carmelo Anthony had a hard time in their marriage. They allegedly met in 2003 through a mutual friend. After seven years of meeting, they finally tied the wedding knot in 2010. It is said that Carmelo cheated on Lala so they parted ways in 2017.

However, Carmelo denied the rumor, and the couple again reconciled in 2018. Carmelo filed for divorce in June 2021 and they separated forever. During some interviews, Anthony mentioned that she may not walk down the aisle ever again. She said:

“Marriage, I don’t think I could ever do that again. It would have to be some amazing person, but I don’t know what God has in store for me. I’m just living and taking care of my son, and whatever’s supposed to be will be.”

Chris Pratt and Anna Faris separated from each other after eight years of marriage. It seems that the couple is not made for each other. They shared their wedding vows in Bali in a private wedding ceremony in 2009. After three years of marriage, they gave birth to a son.

Things did not go well between them so they announced their separation in 2017. Since their separation, they are enjoying their life with their respective partners. Anna is happily engaged to cinematographer Michael Barrett while Chris is married to author Katherine Schwarzenegger.

Hollywood stars, Jenna Dewan and Channing Tatum ended their decade of marriage in November 2019. They met for the first time on the set of the movie, Step Up. Right after that, they started dating and they married in July 2009. Even after sharing a daughter together, Jenna filed for divorce in October 2018.

They were declared legally single in November 2019 while their divorce was finalized in February 2020. Along with that, they agreed to share 50/50 joint custody of their child in January 2020

Kelly Clarkson and Brandon Blackstock lived as a married couple for seven years. After just over a year of dating, they got married on 20th October 2013 at Blackberry Farms in Tennessee. Kelly filed for divorce in Los Angeles on June 4, 2020, citing “irreconcilable differences”. However, it got finalized on March 8, 2022.

Hollywood Divorce : According to their divorce settlement. Kelly has to pay $2,000 per month in rent for one property and $12,500 per month for the second property.