Safest countries in Asia | 12 Safest Countries to travel in Asia 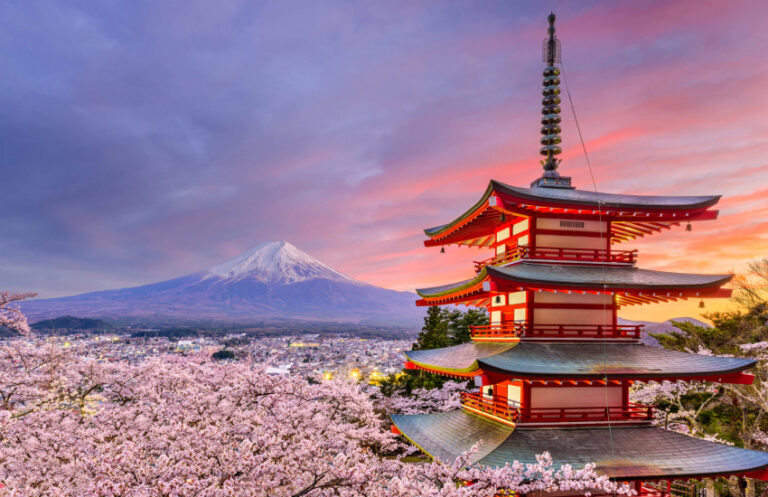 Asia, and in particular, Southeast Asia is a popular destination to travel for first-time backpackers and frequent travelers new and old alike. The continent is exotic and it is unpredictable and there is no denying that some countries in Asia are safer than other nations. If you’re thinking about going to Asia on the trip of a lifetime, you’re in the right destination. This is the best list of the Safest countries in Asia for travelers will help you to choose your next destination and spend your hard-earned money traveling to a happy and peaceful nation.

The GPI has ranked Japan as the second- Safest country in the whole of Asia, with it coming just one place behind Singapore. Japan has a very less homicide rate and serious crimes tend to be rare kind. The country is so trusting, that it is very normal to see people leave their bags unattended in public spaces!

The main safety concern in Japan is of course natural disasters. As the country is in the hot center of the Ring of Fire, tsunamis, floods, earthquakes, and typhoons do happen.

Malaysia is a quickly evolving country that has advanced a lot in the last few decades. Much more technologically developed than other countries, prices are still more reasonable than in neighboring Singapore.

Violent crime is generally is ow, although travelers should aware of the pickpockets in the big cities. If this is something that you are concerned about, consider investing in a money belt or safe backpack.

As per GPI, Singapore is the Safest Country in Asia. This buzzing and thriving city-state has also been considered one of the top places to live and travel in Asia and has offered a high quality of life and a better healthcare system.

As a great hub and center of Asian trade and finance, it benefits from incoming business travelers and wealthy elites trying to bag some prime Singaporean real estate places. There is also a low crime rate in the nation.

Vietnam is one of the Best and Safest Countries among Southeast Asian nations. The war that they had waged with the US has long died and become hugely popular with international tourists who go there to feel its rich cultural heritage.

The main source of income in Vietnam is the travel and tourism industry which means tourist safety is high on the country’s agenda. As such, violent crime is low, although petty theft still happens in the bigger cities.

Violent crime is not too much of an issue in the country however, you are still advised to avoid questionable areas after dark. The main crime that you should be aware of is pickpocketing which occurs regularly in highly popular tourist spots like Bali.

The lovely island of Taiwan may be a country that surprises many folks on this list but it actually has a very good safety track record.

Violent crime is very much less which is compared to the world’s average time and although pickpocketing and other petty crime might be in large population centers, but still low.

Hong Kong looks itself from its Chinese states of   Shanghai and Beijing and its vibrant, multi-culture and stunning cityscape looks like China itself. This British-Chinese hybrid impressed visitors with its striking combination of dense skyscrapers and lush landscapes.

From sandy beaches to rugby pitches, there’s more fresh air than most travelers could hope for. It is a world-class metropolis, Hong Kong also seems to boast numerous urban needs, like culinary hot spots and museums.

It is one of the lesser-known neighbors of Southeast Asia Thai and Vietnam. The nation is a breathtaking landlocked nation that has emerged as the backpacker route and safety index. It is blessed by beautiful countryside where the Mekong River flows, you’ll also find breathtaking mountain terrain,  towns, hill tribe settlements, and Buddhist monasteries all worth seeing.

The crime rate is still a concern due to widespread poverty But Laos remains one of the safest Asian countries for solo women to travel.

Thailand has long been a go-to place looking for international tourists and aspiring backpackers and enjoying the diverse nation. From the ultramodern cityscape of the capital to the rural side, Thailand is blessed with opulent royal palaces, sacred temples, tropical beaches, and ancient landsctructure. There is something for any person.

Nepal is one of the best Asian nations. People here are friendly and there is less crime rate in the nation. In this country, people can travel safely to any part of Nepal.

Nepal is known for being the birthplace of Buddha and the place where Mount Everest dwells. It is a heaven on earth.

South Korea is a lovely nation mixed with culture, attractions, natural wonders, and modern techonlogy packed cities, South Korea is a once-in-a-lifetime destination and a very safe place to travel alone or with a family. Crime rates are much lower here than in the US.

Walking around, even at night, is perfectly safe, and violent crime is very rare. South Korea has a highly developed economy. There are  Wi-Fi is available virtually everywhere, even in the historical places of the nation.

Bhutan is a tiny nation and is a very safe country to visit, crime is non-existent, even small crime! The country has no traffic lights, there are traffic wardens instead and the people there love it.

The production and sale of tobacco are illegal, as are hunting and fishing. It is forbidden to climb high peaks (where sacred spirits dwell), and travelers must wear traditional clothing during work hours.